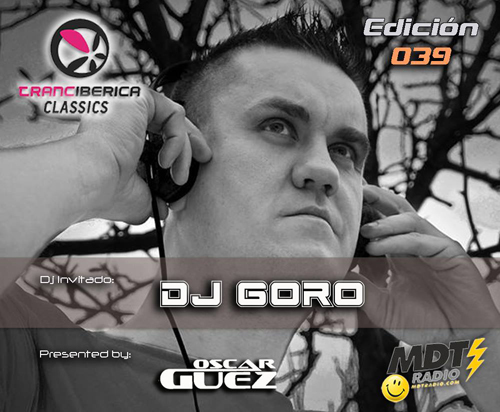 Originally from Jaworzno (Slaskie) is now 36 years and is a DJ for more than 15 Finalist Polish Championship Vinyl DJ’s Magnum 2015 winner of the special award Slave Sound Agency. His adventure with music and a DJ at the age of 14 years where the school discos his first steps. In 1998 he made his debut playing Trance set at a local club. Even then he knew and felt what will happen in the future mean passion and fascination with music and a professional DJ Inga. The preferred music style is Classic Trance and Hard Trance. In 2008, he participated in the course DJ Promotion (Warsaw) where a small DJ passed the test category «B» playing the final set of vinyl. During the events, including the game from vinyl and he is passionate about, collector analogues. He has his own studio DJ (DJG Rec.), Where he creates his video mixes. His favorite artists include, among others Kai Tracid, Scot Project, Derb, Mauro Picotto, Talla 2XLC, Taucher. He played at various events and festivals Silesia In Love 2015 (Chorzów), We Love Trance Club Gramoffon (Warsaw), Discoplex A4 (Pietna), Mega Club (Katowice), Club Grant (Jankowice), Club Galaxy (cane), Club Metro (Opole), Młotkownia (Ruda Sl.) and many smaller clubs.
¡Compártelo!